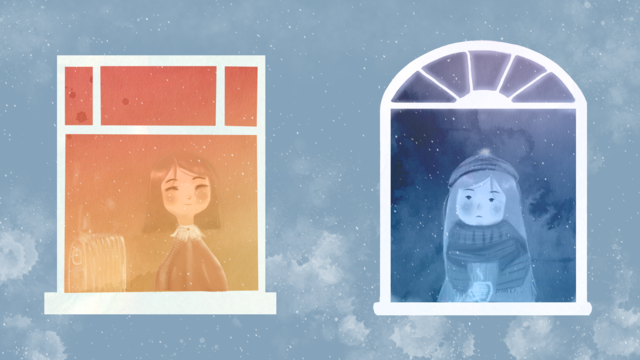 Every winter Chinese authorities receive numerous online complaints related to heating. In the past, central policies ignored complex local conditions. The desire of local leaders to reach their performance targets has added fuel to the problem. How did this situation come about? How did local governments respond? And why are environmental and energy goals so difficult to integrate?

The ongoing energy crisis hit headlines across the world in 2021. In Europe, the soaring demand for natural gas during the coronavirus pandemic and the decreased supply from export countries led to a steep increase in energy prices. In the US, fuel prices have surged due to the reduction in oil supply, and the Biden administration announced it would release 50 million barrels of oil from the Strategic Petroleum Reserve to combat the shortage crisis. Similarly, China has suffered from a formidable power shortage, particularly a shortage in electricity supply during the summer and autumn of last year. Although the situation has been ameliorated, another energy-related issue re-emerged upon the advent of winter: citizens’ grievances about heating.

As is the case with electricity and water, heating is not completely commercialised in China. Companies providing central heating to urban residents are mostly government affiliated enterprises. In many localities, citizens cannot choose which heating company to use, nor can they decide when to receive the heating and at what price. They cannot even adjust the temperature as everything is pre-set by the heating company.

Geographically, China is roughly divided by the Qinling Mountain range and the Yangtze River into North and South. Central heating is provided primarily in the northern region. With the onset of winter, citizens living south of the Yangtze tease each other about being the most cold-resistant creatures on the planet. However, they do not seriously lodge such complaints to the government, as they have been used to the environment without central heating.

These complaints are seasonal and thus predictable. Complaints on the “Local Leaders’ Message Board” (地方政府留言板, difang zhengfu liuyanban), a centralised public complaint platform on which citizens can petition local party secretaries and governors, illustrate this by showing that heating related complaints shoot up every November when the weather turns cold. The number declines somewhat in December and further diminishes until it starts rising again in autumn.

Citizens residing in old neighbourhoods which have long been in disrepair, filed their complaints to local governments through multiple channels such as government-citizen interactive platforms or service hotlines. Some local governments have taken heed of people´s appeals for the renovation of old facilities. For example, local Beijing governments collected complaints from the mayors’ hotline and selected 100 old neighbourhoods for a renovation project called “Bringing Warmth to the People” (访民问暖, fang min wen nuan) before 2019. It replaced or renovated more than 200 kilometres of public pipelines, and over 700 kilometres of indoor pipelines, which benefited more than 100.000 households.

However, residents in other cities may not be as lucky. Although the online complaint website functions as an information platform used by local authorities to detect problems, these cannot always be solved as easily as in the capital city of Beijing. There are two reasons for this. Firstly, the renovation process is complicated in the sense that it requires time-consuming collaboration between various governmental departments. Secondly, a more critical reason is that renovations require huge sums of funding which pose a significant burden to local governments’ public finances. In areas where local authorities fall short of budget, renovation projects are less likely to be carried out without financial contributions from the residents themselves. Many residents may not be able or willing to contribute to these costs. Affluent households can simply move to new apartments with better heating systems. As a result, those who remain in the old neighbourhoods are usually those with a low-income and sensitive to any levy of fees.

However, newly built apartments suffer from shortcomings as well and cause reoccurring grievances. Due to rapid urbanisation, newly built apartments have mushroomed in formerly suburban areas of China in the past two decades. A closer examination of the online complaints on “Local Leaders’ Message Board” shows that a majority of the complainants are residents living in newly completed apartments. In some of these new gated residences heating services are not provided by heating companies but by real-estate developers. The reasons are as follows:

Central heating is only provided if the occupation rate reaches a certain threshold. Consequently, if apartments are not yet fully occupied, developers have to generate heat from a separate heating boiler in these new residence communities and maintain the equipment. To save costs, developers prefer to provide heating at a lower temperature. This, combined with the low number of inhabited apartments, prevents the temperature in the building from rising. Furthermore, most apartments sold by Chinese real-estate developers are in a roughcast state and homeowners have to carry out finishing the interior themselves. In many newly built residences, renovations require homeowners to leave their windows and doors open for ventilation purposes thereby further reducing the indoor temperature.

Rapid urbanisation has placed huge pressure on the government’s heating capacity. For instance, in 2018 the urban area requiring central heating in the city of Zhengzhou increased by 16 square kilometres with 1.2 million households newly connected to the central heating system. Yet only one more heating plant was constructed that year. Rapid expansion of newly built residences and limited capacities have jointly created supply shortage

Since 2010, the Chinese central government has introduced new environmental policies to promote clean energy in its  fight against air pollution. One aim is to replace coal with electricity or natural gas as the main source of heating power, a policy that was actively promoted in 2017. However, China did not expect a heating crisis to result from its new environmental policies.

The “one-size-fits-all” policy implementation is commonly exercised by upper level governments aiming to correct “principal-agent” dillemmas in public policy, especially in a centralised political system such as China’s. Implementing nationwide campaigns without taking local conditions into account leads to grave problems. Implementation of the decarbonisation campaign, for example, led to the aforementioned power shortage last year.

The uniform implementation of the coal ban, meant to improve air quality, did not take the heating conditions in local communities into account, especially in rural neighorhoods. It is reported that “coal stoves were removed before new furnaces were installed, leaving tens of thousands of people shivering without heat when winter’s first cold snap arrived earlier than normal”. This has led to a proliferation of online complaints due to conflicting policymaking goals in 2017.

In order to solve this problem, the National Energy Administration issued a statement announcing that “clean heating is not equal to a simple coal ban”. The Ministry of Ecology and Environment also announced in May that it would devise more nuanced policies to match local conditions and to minimise economic disruption. As a result, the number of complaints in regard to heating decreased from 2018 onwards.

Chinese citizens’ demands have become diversified with modernization and market liberalization. On the one hand, urban, high-income, and educated young citizens prefer better air quality and are willing to pay a higher price for clean energy. On the other hand, low-income earners who live in the countryside, as well as people working for the coal industry, are more likely to complain or even protest about clean energy policies. Therefore, a “one-size-fits-all” policy will always bring about grievances as it may have conflict with local conditions.