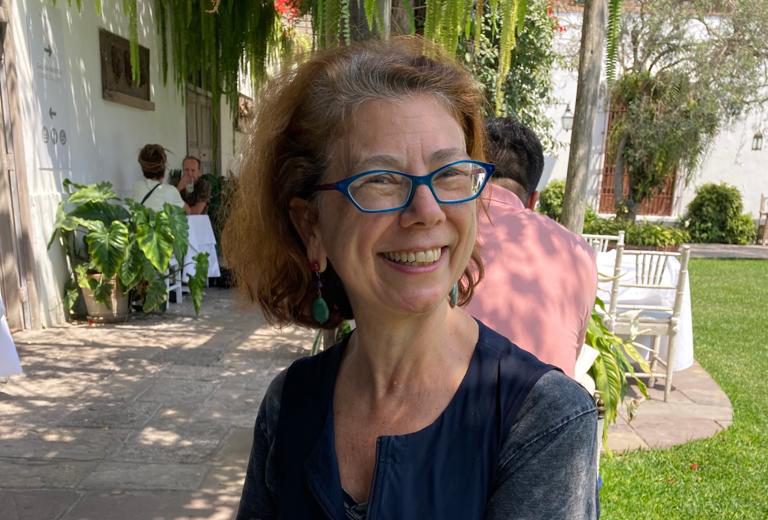 Interview with Rebecca E. Karl on Feminism in China

by Sabine Hinrichs and David Lenz

How did feminism take root in China? Rebecca E. Karl sheds light on early sources of feminism, and explains why “liberation talk” prevents us from understanding the role of women in today’s society.

Rebecca E. Karl is Professor of History at New York University focusing on gender and social theory. She is the author of numerous books, papers, and translations related to modern Chinese history including the 2013 co-edited volume The Birth of Chinese Feminism. In her newest book China’s Revolutions in the Modern World (2020) she takes a closer look at revolutionary movements in modern China.

dasReispapier: In your research, you wrote extensively about early modern Chinese feminism. How did feminism develop in China?

Rebecca E. Karl: I prefer to talk about the historical version of “feminism in China” rather than the culturalist version of “Chinese feminism”. “Feminism in China” indicates that there was a family resemblance of feminism across the world at certain points and that feminists have a common language and a common set of articulations, but those articulations are exhibited in a different way in each place.

Where would you locate the beginnings of feminism in China?

Feminism in China takes up the question of patriarchy as a social system, as a structure of social life. Patriarchy has existed for many centuries in China, if not millennia, and globally for at least as long. It has been adapted to many state and economic forms – that is what its adaptive quality and resilience has been. Feminism in China really starts as an articulated structural analysis of patriarchy in the late 19th and early 20th centuries.

Part of it is fueled by a recognition that China is in a global world that requires a critique of the acceptance of the existing system, whether that’s economic, social, cultural, or family. It begins at first as a sort of “womanism”: bringing women into visibility away from the home, or in the home as good wives and mothers, as people who will educate the new generation and who therefore have to be educated themselves, in a sort of conservative-liberal fashion.

With a more radical critique of the world, and a more radical critique of China – anarchism, early versions of socialism, and even early versions of liberalism – you have a much more thoroughgoing critique. Feminism as opposed to womanism begins probably with He-Yin Zhen [何殷震, Chinese feminist and anarchist, ca. 1884-1920?, editor’s note]. As an anarcho-feminist, her twin-critique in 1907-08 focuses not only on Chinese social life and social, political, and economic structures, but is also outlined as a critique of the Euro-American world, Japan, and the so-called “advanced, civilized world” that was just as divided by patriarchy and just as structured through anti-feminist principles as was China. He-Yin has probably one of the first seriously totalistic critiques of life, not only Chinese life, but life in general, from a genuinely feminist perspective.

What do you mean by “totalistic critique of life”?

In her essay On the Revenge of Women she does to the Chinese classics something similar to what Simone de Beauvoir much later did to the Bible in The Second Sex. Beauvoir went through the ways in which the textual basis of European thought and social structure are rooted in the most ancient texts we have available. Forty years before that, He-Yin went meticulously through the Chinese classics and found all of the ways in which the classics are informed by, shot-through with and shape and are shaped by patriarchy from the smallest aspects of everyday life to the largest aspects of the polity itself. Her critique is not fragmentary, it does not pretend that if you just change this little bit, the whole thing will get better. Hers is a totalistic critique.

What is He-Yin Zhen’s legacy in today’s China?

He-Yin was well forgotten when we “discovered” her. We were often asked, when the book The Birth of Chinese Feminism came out, what was her influence? We said, “she had no influence in her time, but we hope by re-introducing her, she has influence today.” Via our introduction, she speaks to certain issues, and in the academic world at least, people have started to pay attention to her and began to understand what a truly remarkable set of insights she had into life in China and globally.

Let’s turn to a later period. Mao Zedong famously said that “women are holding half the sky”. What was the course of Mao’s “women’s liberation”, and what is your take on that?

Back in the late 1910s and early 1920s, Mao’s analysis of Miss Zhao’s Suicide [famous case of a woman who committed suicide in order to avoid an arranged marriage] was slightly reminiscent of He-Yin’s analysis. Mao did say in one of his commentaries on Miss Zhao’s Suicide that arranged marriage is a form of daily rape. For him a full understanding of feminism at that time was embedded in the minutiae of everyday life. If women could not get away from their rapists, there was no liberation possible.

But after the Chinese Communist Party came to power, the first thing the state did, was enact the Marriage Law [1950], which enabled women to get away from bad marriages, but by the same token it articulates marriage in the family as the basic building block of social life. That is, of course, a heterosexual, hetero-normative marriage that is going to produce children and reproduce Chinese workers.

And the whole “liberation” talk?

There were certain things the Party did that were beneficial to women as human beings, I am hard-pressed to call that liberation. If humanity is still yoked or tied to forms of subjugation, women cannot be liberated other than in the very limited sense of being liberated into the same forms of unfreedom of men, whether that is through waged labor or whatever form.

Did Mao and the CCP liberate women? To the extent that they unleashed a certain kind of productive power as human labor power into what they called the construction of communism, sure they did. Did women make headway in terms of their individual autonomy and the possibilities that opened to them socially, culturally, and economically? Sure, I think that is indisputable.

So, was this form of women’s empowerment just a side-product of the economic reform that sought to increase the participation of women in the labor force?

To the extent that capitalism and socialism both are about harnessing labor power to achieve economic, social, and political construction, yes, of course. Back then, China was in a hostile global environment, and capital investment from elsewhere was not available. The Chinese version of economic construction was that they had to accumulate surpluses from the exploitation of their own population. In that sense, if one wants to look at it very narrowly, one could say that their ulterior motive was to get women to work, sure – it was to get men to work too (laughs)! You needed people to work, because the one resource China had plenty of at that time was labor power and a large territory. And they mobilized both to accumulate surpluses.

But are our material lives divorced from our emotional and creative lives? I would say, no. Whatever we are mobilized into doing, it is going to have consequences for our ideological and creative capacities. That was the part that the state could not control. The economic surplus could be captured by the state, but there are all sorts of other things, the surplus of life itself.

What prevents us from better understanding these other surpluses?

As Gail Hershatter has shown in her Gender of Memory [2014], there are certain narrative conventions people use when narrating their lives. Something like “we were poor, then we were liberated, then we were …”. I think that we have to rephrase the question and think outside of the economic surplus captured by the state. Continuously asking the question if women were liberated by the state, you can only answer “yes, because they worked outside the home,” or “no, because they worked outside the home.”

What influence do the Party and the state have on feminism in China today?

There are Chinese feminists today who argue that feminism, or womanism, or women’s liberation came from the state in a top-down way that has prevented the formation of a robust and critical social movement for feminism of a more thoroughgoing kind. I tend to sympathize with this idea on one level. On another level, I think that if the state is uninvolved, the momentum (the inertia) of social life continues to reproduce unequal relations pretty efficiently. So, I think you need the state. But do you want a “Nanny state” that protects women, because women are victims of something, or do you want laws that empower women, because women are autonomous human beings?

There are feminists who are far more radical in their critique of capitalist forms and who believe that without a critique of capitalism you cannot even have feminism. There are liberal feminists who believe that all you need are more women in the workplace, women who are more economically autonomous, perhaps a bit more political representation, that will help to maintain the status quo, but maintain it in a slightly more “womanist” sort of way, or where you have laws that protect women. But again, the questions are huge, and the way these debates are undertaken now actually. I think, there are no good answers in China, and there are no good answers practically anywhere these days.

The barriers in China to having a really robust feminist movement are huge. The censorship crackdowns are immense, and the dependence of the CCP and the state on control of women’s bodies as laboring bodies, as birthing bodies, as creative bodies, is huge. The real panic about feminist activism – by the state and by certain social sectors in China – is enormous, which is not to say that there are not many feminist initiatives and feminists in China, but the headwinds are strong.