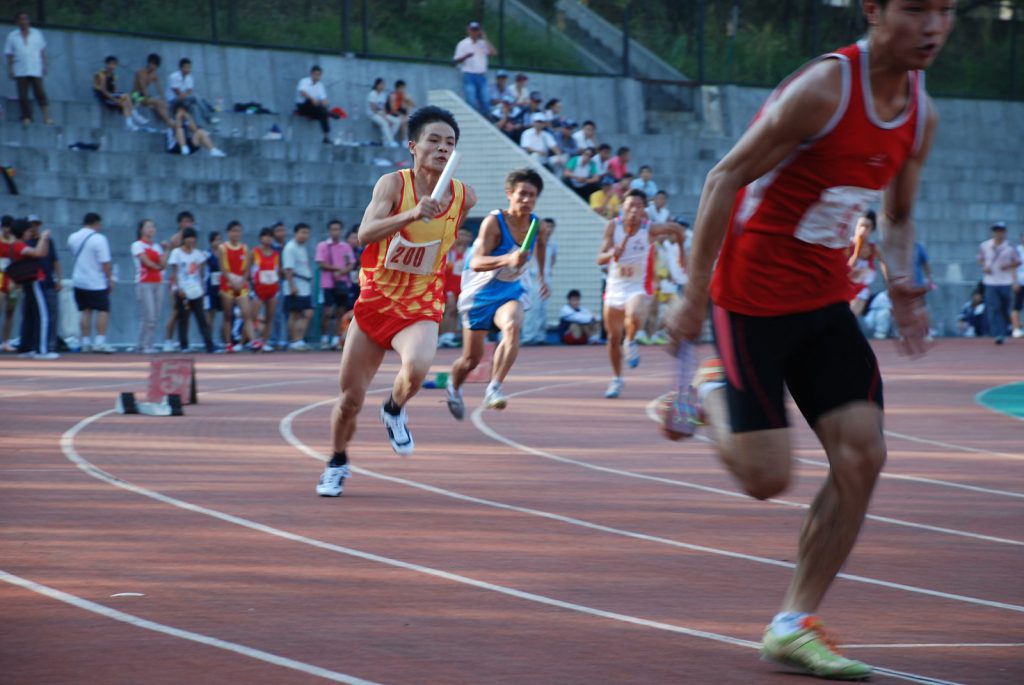 The new word “neijuan” (involution) has become popular in everyday Chinese. It refers to the fierce competition in labour markets and in the education system, and is a central part of the debate around China’s hyper-competitive culture.

At its heart lies the idea that human societies sometimes progress only superficially. The anthropologist Clifford Geertz coined the term “involution” in order to describe the agricultural system of historical Indonesia. Indonesia’s society, he argued, was growing without progressing. Societal rules, tenancy relationships and labour arrangements became ever more complicated, but all these changes failed to produce anything new. The old patterns only grew more complex.

In contemporary China, the term is often applied somewhat more loosely. “Involution” has been translated to neijuan (内卷) and has spread through the internet. Chinese netizens now use it to express their frustration with modern society.

Huawei has incited the broader debate about neijuan with an article that was widely circulated inside the company. The article lists several examples for modern manifestations of neijuan, such as turning a simple question into a fruitless research exercise only to impress one’s superiors or holding congresses with extravagant decoration – a feature completely irrelevant for the content of the conference. The article presents vague conjectures about Chinese culture having a tendency towards neijuan but fails to provide an exact explanation of the phenomenon.

In many cases, neijuan simply refers to the predatory competition in China’s education system and labour markets. For example, the intense national entry exam for Chinese universities, known as Gaokao, is often cited as an example of neijuan.

Netizens commonly identify standardisation as the root of the problem. Standardisation attempts to keep the nationwide exam fair but restricts the ways in which the test can be made challenging. Authorities then need to find other ways to make the exam harder, so they use complicated wording, forcing students to waste time and effort to adapt to strangely formulated questions. The bottom line is that students must study until their response to the questions is almost a conditioned reflex.

Due to the deep-seated belief in education as a way of improving one’s fate, students who beat the odds and make their way from the countryside to a prestigious university are admired in Chinese culture. This makes it all the more upsetting for Chinese readers when newspapers report that such students later face prejudice and cultural barriers on the job market.

996 is the new industry standard

In the field of work, the 996 system (working from nine-to-nine, six days a week) has been adopted increasingly by Chinese companies until it became a “new industry standard”. For these companies, to exert oneself is no longer a way to stand out from the crowd, it is the new minimum requirement.

Journalists at the China Business Journal try to put their own spin on the word: In fact, they argue that both the word and the context it is being used in are widely misconstrued. According to them, markets are not a valid example of neijuan but rather the respective companies that are wasteful and squander their potential for growth. In a similar vein, some write about neijuan as an individual shortcoming rather than a societal phenomenon. For them, neijuan is simply another word for people’s laziness.

Sina Finance, China’s major business newspaper, takes a different angle and advocates “financial freedom” as the antidote to neijuan. This is exemplified by publishing interviews with people who have successfully “escaped the labour market” by getting rich. However, Sina Finance’s advice to dream of getting rich doesn’t provide a solution to the large-scale problem of neijuan. Accumulation of wealth remains unattainable for most people, so those who get rich merely evade the problem on an individual level but leave it unsolved on a larger societal level.

The same goes for those who “lie flat” (躺平). In other words, those who evade neijuan by working and buying just enough to sustain one’s livelihood. Rejecting status-seeking through labour and consumption, those who “lie flat” attempt to apply passive resistance against a game no one can win. Their spartan lifestyle sometimes invite comparisons to legendary Taoist monks, but they barely ease the pressure for everyone else.

Yan Fei, a sociologist at Tsinghua University, remains skeptical of the “financial freedom” narrative. Instead, he points out that in fact the dogged pursuit of money forces us to forgo much of our freedom. He sees the recent popularity of the word neijuan as a symptom of the extensive changes that have transformed Chinese society in the past decades. Economic growth has led to the emergence of a new middle class. Society has become more individualistic, relationships more distanced and old certainties eroded.

Naturally, these new middle-class families want to pass on their status to their children or help them move up the social ladder. The resulting frenzy of trying to outcompete one another slowly raises pressure on everyone. Yan Fei compares the Chinese society to a bus, picking up speed until it starts to float in mid-air. Its foundation is lost, the future is uncertain, and not every passenger’s hopes and expectations can be met.

The students at Yan Fei´s university are not exempt from neijuan either. They try to appear diligent, make friends with tutors, and extend 3000-word essays to 8000 words. Some graduate students who manage to get hand-picked by their professors look down on those who still have to take an entrance exam for the graduate level.

To address this, Yan tries to encourage them to become more broad-minded. He takes his students to study the so-called “new disadvantaged groups” like the new blue-collar workers in Chinese cities. “Although everyone is juan-ing”, he says, “at least I can get them into contact with the real world.”

One word to rule them all

The government is now addressing some of the problems associated with neijuan. For example, the 996 system has recently been declared illegal and the “dual circulation” (双循环) economic policy is intended to raise employment and wages. Just how effective these policies will be remains to be seen.

One article, far off the beaten track and mostly unread, calls on people to band together and demand better working conditions from their employers. This may be the only actual solution to the situation many Chinese employees find themselves in. Yet organizing labour rights in China can be dangerous and usually runs up against the combined force of employers and authorities.

Unable to either organize, get rich, or to simply “lie flat”, most people continue to force themselves through a world that suffers from neijuan. Facing a dire situation with no way out, they turn to the web to vent their frustration, neijuan being the one universal word they use to express all their grievances.