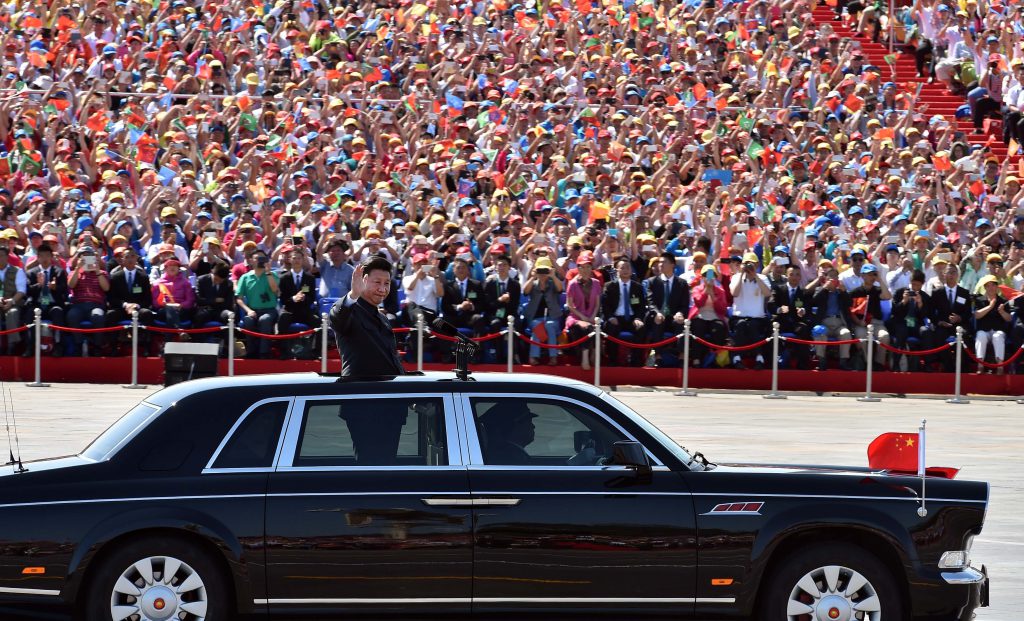 This year, China watchers are especially excited: As the Chinese Communist Party celebrates its 100th anniversary, a new version of party history was officially released. What did General Secretary Xi Jinping make of it? The 2021 history of China’s ruling party is a propaganda piece, but it is controversial and still worth looking at.

Today, 1 July 2021, marks the 100th anniversary of the founding of the Chinese Communist Party (CCP). Approaching this day, red tourism flourishes as hundreds of thousands of party members take part in pilgrimages organised to strengthen the commitment to the party. But not only party members visit the revolutionary base areas like Yan’an that document the historical path the CCP has taken on its way to becoming the ruling party of China.

The scale of the celebration is massive. While special broadcastings, posters, and exhibitions impact the people in China on a daily basis, the CCP’s efforts to celebrate also spark interest worldwide, especially the “new history” of the party.

The founding of the party dates back to the First National Congress, which was held from 23 July to 2 August 1921. This meeting, however, ended up with 13 people sitting on a boat on South Lake near Shanghai because the delegates had to flee from the French Concession in Shanghai as their activities were illegal. For its centenary in 2021, the CCP revisits not only this first party event taking place on a national scale but its entire history to prescribe the correct interpretation for the course of the past 100 years of Chinese history – a success story.

As the People’s Republic of China (PRC) was only founded after the CCP had won the civil war against the Nationalists in 1949, it is often proclaimed that without the communists there would not have been a “New China”, the China we see today. With currently more than 90 million party members, the CCP is the second largest political party in the world. The significance of the Communist Party for the course of 20th and 21st century Chinese history is indisputable. However, this does not explain the role of party history not only for the party itself but also in state media and public education.

A political party needs to define its identity, and for the CCP, looking back in history is part of the process. In its history, the party has undergone several rounds of party rectification to re-define the correct line and to bind its members to the organization. Moreover, for the ruling party, the correct interpretation of its history helps to legitimise its claim to power. Thus, party history is relevant beyond the party. Under General Secretary Xi Jinping, a further popularisation of party history can be observed through TV series, Cartoons, or even the renovated National Museum which features a great exhibition on the history of the CCP. In short: Party history is everywhere.

Using History as a Mirror

Preparations for the upcoming anniversary had already started years before the celebration. But beginning in February 2021, it became clear that Xi would again put emphasis on the study of party history, as he gave a speech stressing the importance of studying party history and declaring opposition to “historical nihilism”. Referring to understandings not in line with the party’s interpretation of history, “historical nihilism” must be rejected. This suggests an increasing anxiety over open debate on historical events or actors in China, which also becomes evident in the harsh measures taken to silence online posts on related topics.

Following the speech, the Central Committee of the CCP formally issued a notice to “Launch a Party History Study Campaign Inside the Whole Party”. And again, on 15 June, the party’s leading theoretical journal Qiushi published an article authored by Xi under the title “Taking History as a Mirror, Use History to Demonstrate Convictions, Know History and Love the Party, Know History and Love the Country”. Using the past to serve the present has been a well-established tradition in ancient China and sometimes even those who tried to break with the past were eager to turn to it. Mao Zedong himself was a keen fan of historical anecdotes although their “feudal” origin needed to be criticised. Mao became the master of historical narrative, and perhaps Xi wants to follow in these footsteps.

This year’s Party History Study Campaign is aimed at fostering the “revolutionary spirit” among party members, thereby drawing on ideals of the time before the Reform and Opening policies began under Deng Xiaoping in 1978. However, it seems to focus mainly on recent successes of the party – those that were achieved under Xi Jinping since 2012. This trend is also evident in the accompanying textbook The Short History of the CCP which is the long-awaited 2021 version of official party history.

How the Past Constantly Changes

Comparisons of the new textbook with earlier interpretations are to be found in academic discussions and on the internet. One Chinese account briefly discusses changes from the 2001 version: Interestingly, the Xi era makes up for one fourth of the 531 pages depicting the course of the CCP, thus clearly showing that the most recent period demands a thorough (and officially accepted) understanding.

Another topic in the Short History that sparked debates is the section discussing the Cultural Revolution (1966-1976). It makes a distinction between the political campaign launched by Chairman Mao in 1966, which unleashed the chaos usually associated with the early phase, and the whole period of ten years which reflects the standard periodisation of the Cultural Revolution.

The textbook curbs the responsibility held by Mao for instigating the “internal turmoil” of the Cultural Revolution that caused harm to “the party, the state, and the people of all nationalities”. It tries to limit the failures of the party and of Chairman Mao to a minimum while focussing on the success that could be observed in the period. Those include infrastructure projects and the taking up of diplomatic relations with the US and other countries. According to the logic of the Short History, sacrifices would be justified for the good of the nation. It views the casualties as necessary for the country’s development. As historian Geremie Barmé put it: “your family died but they were all paying a price to help us build a better socialism, so thank you for your service.” And many people do not accept this view.

Moreover, the new textbook does not even reserve a separate chapter for this traumatic period. Instead, it is dealt with under the chapter titled “The exploration and complicated development of socialist construction”. Many other crucial episodes of the history of the party – affecting hundreds of millions – read in the same fashion. The 2021 party history thus does not aim at evaluating the party’s historical performance, something earlier versions did at least partially.

Nevertheless, the new textbook does not negate the inner-party consensus of the 1981 Resolution established under Deng Xiaoping, which was concerned with assessing the Mao era and criticising at least some of his mistakes. But this new account of CCP party history reads very differently from previous ones. The CCP is experienced in propaganda work, and so the question remains: Why did the party regard it as necessary to publish this kind of master narrative precisely at this time?

In the past, party histories have functioned as manifestations of inner-party consensus over historical questions (as seen in the 1981 Resolution). The 2021 version tackles no questions, because it operates with a simple master narrative: The CCP has led China to its current situation, which, judging from the situation in the last century, is a massive improvement for most people in China.

Since the new textbook refrains from thoroughly evaluating the past, the study of history might seem to become pointless, despite the fact that a huge Party History Study Campaign was launched this year. This does not mean, however, that party history and party historiography should not be dealt with seriously. As a party history is a product of its time, it tells us much about its context. Based on the amount of space dedicated to Xi as well as the fact that the new version is stressing the overall successful path China has taken under the guidance of the CCP in the 20th and 21st centuries, it becomes evident that this piece of party historiography is no longer a textbook for the party elite only, but that it wants to influence party members as well as the public in favour of Xi Jinping.

The 2021 version of party history is likely to become the standard interpretation of Chinese history for the years to come. It contains the “correct” view that will find its way into new history textbooks. Of course, this is by far not the only view on Chinese history, and probably it is not even the only view as seen through the CCP lens. However, the way it is framed, the linguistic subtleties, and the negotiating of failures and victories will influence those who live in an environment that draws heavily on (party) history. Willingly or unwillingly, the view on history may be shaped by the official language presented in the Short History. Therefore, it remains relevant to pay attention to what the party says about its own history.

The CCP has very well understood that its efforts to shape the conception of history contribute to its legitimacy. And in this way, it does not deteriorate from earlier regimes in China that regularly used “history as the mirror”. As official propaganda seeks to blend the fate of the party, the state and the people, the last one hundred years of CCP party history become equated with Chinese history as such. Most importantly, this blending implies that China has no future without the CCP.