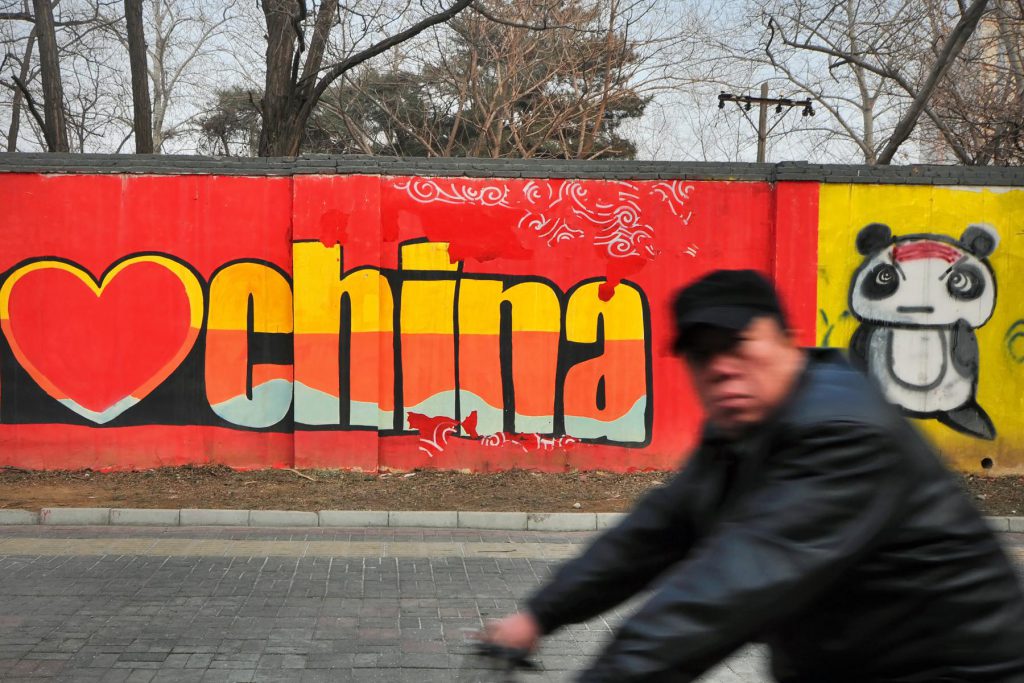 Sinologists struggle with the question “What is China?” The political talk show “This is China” claims to know the answer. By drawing on the past, it emphasizes China’s uniqueness, and promotes the so-called “China Model” in order to boost the national confidence of the domestic audiences in the current leadership.

“Welcome to ‘This is China’ (这就是中国). Let’s discuss, define, comprehend and understand China together,” the anchorperson greets the audience on the weekly episode of the Chinese political talk show launched by the state-owned channel Dragon TV in 2019.

During the main part of the show, guest speakers hold lectures on Chinese and world politics. They use neutral language that implies an impartial analysis and the show cultivates a flair of open discourse and intellectualism in general. However, the content of their analysis does not always follow this approach.

They frequently compare Chinese and Western political systems, the so-called “China Model” and the “Western Model”, but no advocate of the “Western Model” has appeared on the show to date. While it is designed as an intellectual inquiry into Chinese politics, it simultaneously admits that its goal is to spread “national self-confidence”.

So, what exactly does “This is China” want its Chinese audience to feel self-confident about?

The host of “This is China” is Zhang Weiwei, professor of international relations at Shanghai´s prestigious Fudan University. Zhang systematically portrays culture and politics as intimately connected: Since ancient times China has developed a unique political culture, elements of which are still prevalent in today’s ruling Chinese Communist Party, he argues. For example, meritocracy is just as important nowadays as it was in ancient times. He also implies that the hierarchical nature of the political system as well as the lack of certain rights for ordinary citizens are integral parts of China’s political culture.

Unsurprisingly, Zhang says that China must not copy the “Western model”. Entire episodes are dedicated to arguing that Western democracy is a flawed system. His central argument is that human rights are a product of Western civilization and, therefore, not universally applicable to other civilizations. In the Arab Spring, Zhang argues, these ideas were imported into an unsuitable environment and have caused more harm than good.

These arguments convey an image of China as culturally and historically determined. The current system is presented simply as a “logical” or “natural” consequence of Chinese history, so there are no other viable options for China to choose from. Furthermore, it promotes moral relativism, the view that there is no objective moral truth and that if cultures disagree on moral issues, neither side is right nor wrong. Relativism is a serious philosophical position and there is nothing odd about it as such, the problem is that Zhang promotes moral relativism in order to avoid a serious discussion on Western moral and political theories. As a relativist, he can easily rebuff them as the standards of a foreign civilization, claiming that Western discourse is just too “simple and crude” (简陋) to accurately describe China.

Zhang stresses that China does not need the (moral) approval of the West. He supports this line of argument by highlighting China’s experience in overcoming various “hardships”, which is a recurring theme in Chinese political discourse. He also points out that the cultural traditions of Chinese people have existed for a much longer period than Western notions of human rights, thereby generating an air of authority for Chinese cultural traditions based on “seniority”. He simply ignores the commonplace assumption not to judge an idea solely by its tradition. For example, neither Europeans nor Chinese would argue to restore monarchy simply because the idea is much older than the current political system.

In Zhang’s opinion, human rights are simply a pretense the West uses to infringe on other countries’ sovereignty. The West keeps non-Western countries in dependency, oppresses and exploits them. Simply put, the West “steals all the wealth of others”. China on the other hand is one of the few nations that can and does stand up to the West. It cooperates with other non-Western countries to forestall a US-triggered financial crisis and the flagship project “One Belt One Road” is meant to establish a better world order with “built-in cooperation and mutual benefit”.

Zhang presents China as a civilization that is morally superior to the West, one that will take other countries under its wing to help them develop. Through this narrative, Chinese identity is connected to a sense of mission to defeat the hegemonic power of the West and make the world a better place.

Learning the virtues of China

In short, the show presents China as determined by its own culture and history. The current system is presented as the culmination of China’s unique political tradition and as a natural outcome of Chinese history. Western political systems and human rights are not only incompatible with Chinese culture but also sinister tools of Western hegemony. In contrast, China is a moral superpower that will put an end to Western exploitation of poorer countries and lead the world into a brighter future.

The show uses the scholarly prestige of Zhang to convince its audience of certain arguments and narratives. On close inspection, the argumentative style of the show is what Callahan calls “Sino-speak”. Sino-speak uses spotty historical evidence and questionable arguments to present China as “culturally determined to rule Asia, if not the World” (Callahan 2012, p. 33). Furthermore, the show is not a debate on the comparative strengths and weaknesses of Chinese and Western forms of governance. Rather, it is a lecture on the virtues of the Chinese government.

Nevertheless, I think it would be wrong to discard every single argument of “This is China” as a shameless lie. We should be aware, however, that this type of intellectual inquiry is made to justify the current political system and China’s future role as a leading nation. Tenable and maybe even accurate analyses such as the problems of the Arab Spring are welcome if they aid this goal. If not, then Zhang resorts to disingenuous rhetoric such as his discussion of human rights. He thus forges arguments designed to provide gunpowder for the advocates of the “China Model”.